For the third time, the Regional Rural Development Standing Working Group (SWG) in South-Eastern Europe within the European Union funded project: “Regional cooperation and networking in the field of agriculture, rural and economic development of cross-border area” supported the organization of the regional manifestation III. Circle of friendship – International cycling marathon through Drina-Sava & Drina-Tara region”, which was organized in the period of 23-26th August by Cycling club “Sveti Nikolaj” from Brcko.

This tourist and recreational event gathered 30 participants for over four days who with their bikes drove over 300 km from Brčko to Visegrad and visited beautiful natural sites such as the Tara Canyon, the Drina River Basin, the Podrinje Mountains, the Mehmed-paša Sokolović Bridge.

The gathered marathons from Banja Luka, Belgrade, Visegrad, Loznica, Bijeljina, Ljubovija, Bajina Basta, Smederevska Palanka and Brcko, staying in the rural households and were able to get acquainted with the tourist offer offered by this region.

Experienced marathoners and passionate cyclists such as Ivica Milenkovic from Smederevska Palanka, who has visited nearly all the cycling marathons in the region for the past 20 years, participated in the marathon.

“I am thrilled with the marathon organization, a positive atmosphere among the participants, as well as accessibility for participation,” Ivica said. Nikola Vidak from Belgrade is pleased that he managed to visit this region because, as he says, he explored the Alps by his bicycle, but he  always wanted to get to know the Podrinje region.

The aim of this Event was promotion of cycle tourism and encouraging the economic development of the region and its rural population by promoting natural, cultural and traditional values of our region, as well as the tourism potential of the cross-border regions “Drina-Sava” and “Drina-Tara”. 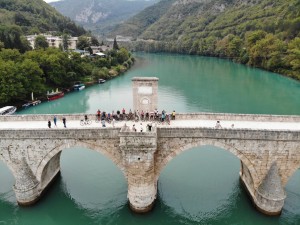 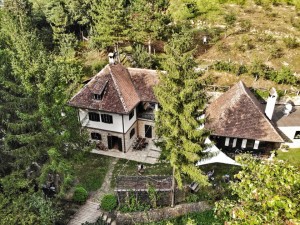 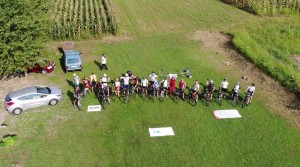 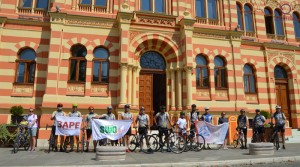